How to deploy your django app to heroku 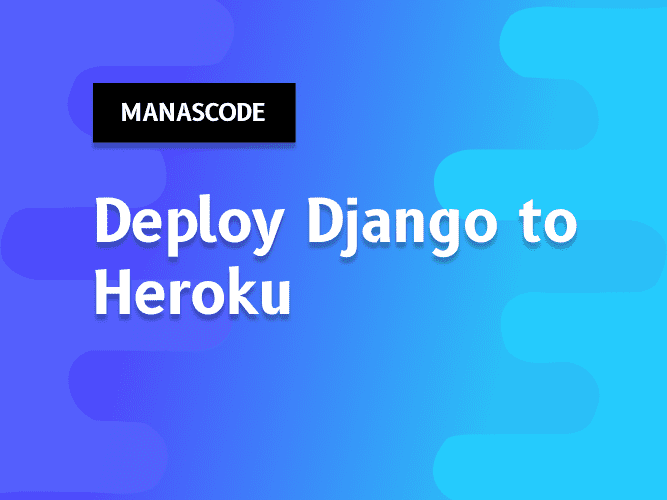 So in this tutorial we are going to cover how you can deploy a django appliction to heroku web services.

What you will going to learn

Before you get started with this tutorial you have have these knowledges.

I know all of you're so smart so, if you already have the application ready you can skip this step. For this tutorial I am going to use pipenv for virtual enviorment. You could use anything for that. So the first step is to create the virtual enviorment and install the dependencies.

after installing that we need to activate the virtual enviorment, so to do that run this command

Now everything is ready to go, you can now create your django project inside the virtual enviorment. To do that you can run this command

In this case I'm calling my project main and using a dot to avoud creating another folder called main to create the project. After you done all of that, now we have finished out first part.

2. Prepare the application for Heroku

In this step we need to prepare our application for production. So first thing is to open the settings.py file and do this changes.

In this changes, we are getting our secret key and debug mode from the enviorment variables and adding some static and media urls. Now we need to install some dependency to work with heroku. So just install these dependencies.

After install all of these dependencies, now go back to your settings.py file and add some more settings.

In this changes we are using whitenoise to managing out static files and dj_database_url to connecting with production database. After you done all that, now we need to create a new file called Procfile and paste this lines of code.

In this file we are using web processes and telling heroku to run the command called gunicorn main.wsgi. Remember put your project name instead of mine eg. web: gunicorn <your project name>.wsgi.

3. Use git for verision control

After you done all of that, now it's time for the magial step to deploy the django application to Heroku.

Once you have all of them, now go to your command line and write this command to create a heroku porject.

Once everting is setup properly, now it's time to push your code to Heroku to see your website live. To do that write this command in your terminal.

If you done everthing correctly you can have your website live, in case if you're facing any issue you can comment down below, I will help you as much as possible. Thanks for reading through the tutorial. If you find this article helpful please leave a comment below or share it with your friends. 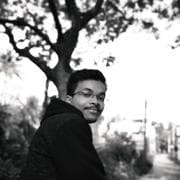